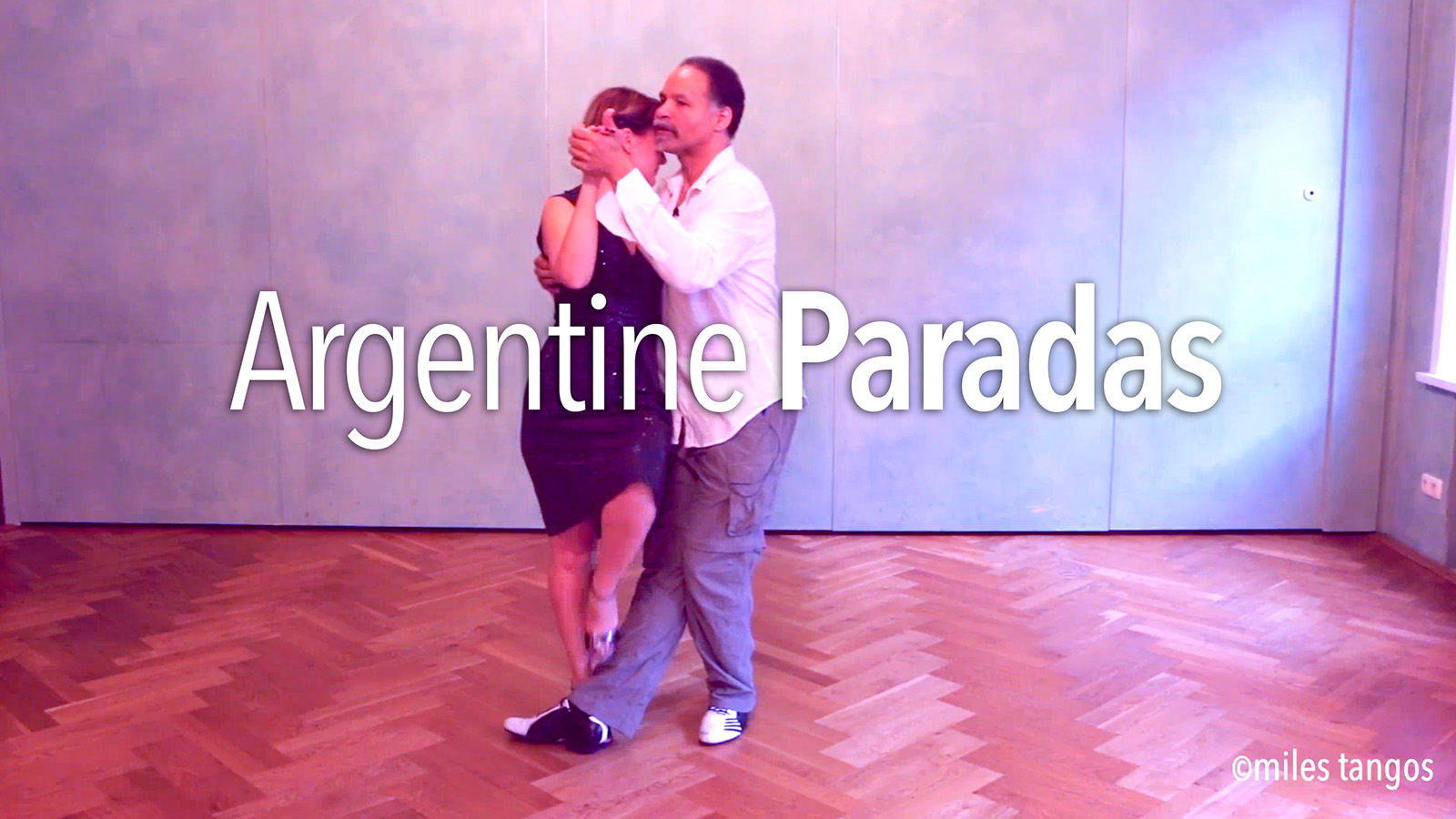 You should probably Register, it’s Free!!! Just saying’..it will be worth your while….

The word ‘parada’ translates into English as ‘stopped’. And that’s exactly what it is. A stop. From a Tango perspective this is a well worn piece of tango vocabulary that most people see as an element towards engaging the illusion of ‘intimacy’ of the dance, or it’s ‘steamy’ aspects. Anyone inside the dance knows that the ‘steamy’ thing is just that, an illusion, and that there’s real work to be done to make this venerable piece of tango vocabulary useful and musical. The vocabulary gets its name from the fact that we are stopping but it’s an unusual stop. It’s a stop not because you’re stopping the Lead’s motion, but in fact stopping the Follower’s motion. It’s more of an interruption really, because the ‘stop’ is momentary. With that thought in mind, let’s talk “Paradas”, what they are and how they’re useful for both roles of the dance.

The Parada is usually used as an accent to a particular point in the music where a Pause or Stop has happened in the music. However, more of then than not, that’s not its primary usage. It’s just another piece of vocabulary in the Lead’s arsenal of vocabulary as a way to express the intent of the music that is currently occurring at that moment in time.

From the Follower’s side of the equation typically after the Follower has been led to a ‘stop’, they have a few options and opportunities to engage an adornment or embellishment. The more common of those are where the Follower will take their free foot and slide it up the Lead’s leg and then down the other side, and then proceed towards the next step. 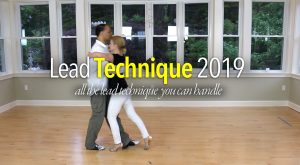 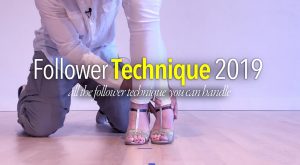 The Case For WHY You Need This ? Actually, you don’t need it. Huh? Hmmm…that’s no way to sell videos or subscriptions. You’re right. It’s not. That’s because we’re not in the business of teaching you useless vocabulary that you probably don’t need. Stay with us on this one, it’s not going where you think it is. From a very specific point of view, this is cool vocab. No doubt about it. However, from another point of view, the social dancer who’s been dancing a while, a long while, this is nothing more than vocabulary that doesn’t further the cause of Social Dancing. Now here’s the kicker – Both, yes, BOTH points of view are valid. Here’s why:

From the Social Dancer’s point of view, you’re never going to use this stuff. Maybe once in a blue moon, but in reality the better that you get, the less you use this stuff. From their point of view, it’s four pieces of vocabulary that you need: The 6 Ways of Walking, Traveling Ochos/Milonguero Ochos, The Follower’s Molinete/The Milonguero Turn, and lastly – The Argentine Cross. That’s it. That’s all you need. From the Dancer’s point of view that’s hasn’t mastered this stuff yet, this is cool and you want to play with it, and to be able to master it. To find it’s in’s, out’s, how’s, and why’s, and mostly to have fun with it. Both points have their merits.

And now to the one twist in our point that you probably weren’t expecting. This stuff actually has validity, maybe not from a social dancing perspective, immediately, but more from a movement, and musical perspective. The fact is that this is all about one thing and one thing only: Skillz!

There’s a reason you study vocabulary like this, and it’s not because it’s cool (it can be), or that’s it’s musical (it is), or that it’s fun (it is that), or that it adds a little spice and variety now again (the once in a blue moon methodology). It’s because it’s all about your Foundation. Or put another way, because this vocabulary works your foundation in a really good way, by breaking down the movements to their component elements, so then you can become a much more fluid dancer so that you can use it, or not. It’s about availability, accessibility. Not about using it. Using it is entirely up you. But working the instrument, that’s what this vocabulary does. It works your instrument, … ahem…that’s you in case you weren’t paying attention.

No one wants to admit that they need help. That their dance isn’t stellar. Furthermore, you really don’t know that your dancing skills aren’t absolutely amazing until you see a room full of people all dancing way better than you are. And then you see it and feel like the poor cousin at the kiddie table during a holiday meal. There’s a reason those people have achieved ‘better’. It’s doing work like what you see in the video above. Being able to turn this stuff on and off as if it were a switch. A good portion of the time when we’re dancing we only think about the ‘cool’ toys in our dancing and we neglect the one thing that makes those cool toys possible: Our Foundation. That is, in case you’re not paying attention, this video series and others like it. 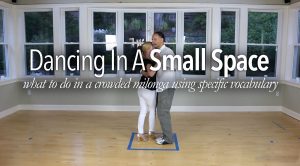 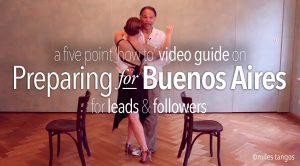 About The Video. This video comes in at 33m:08s in length in 13 Sections. Both lead and follower technique are combined and integrated into the video. 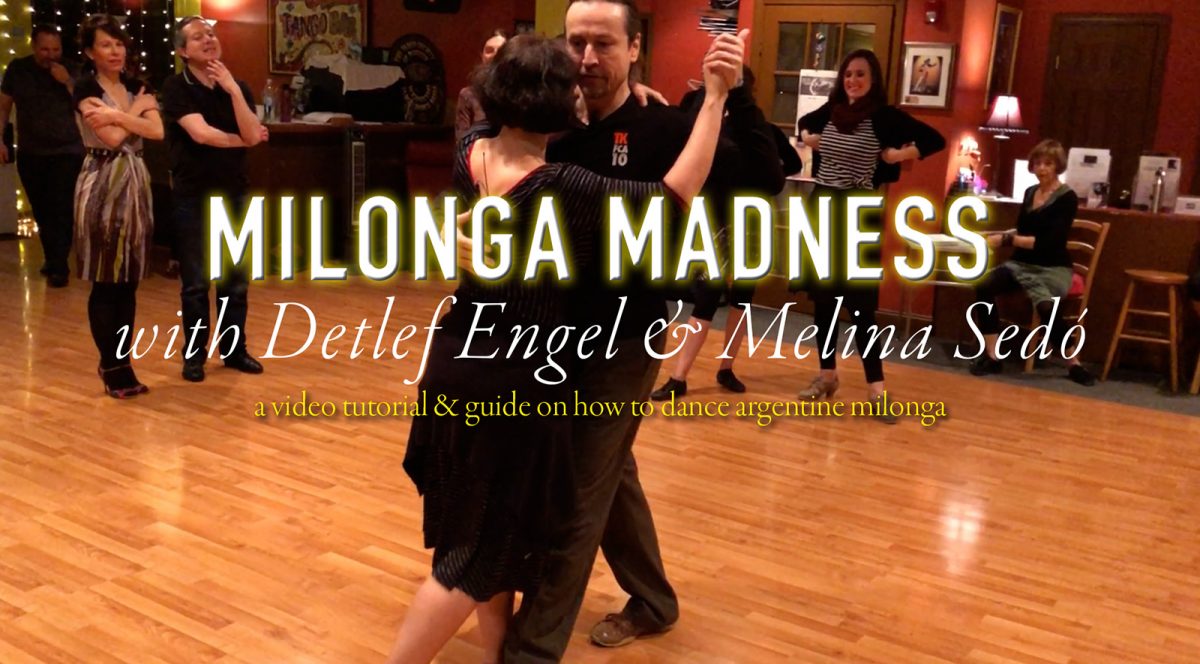