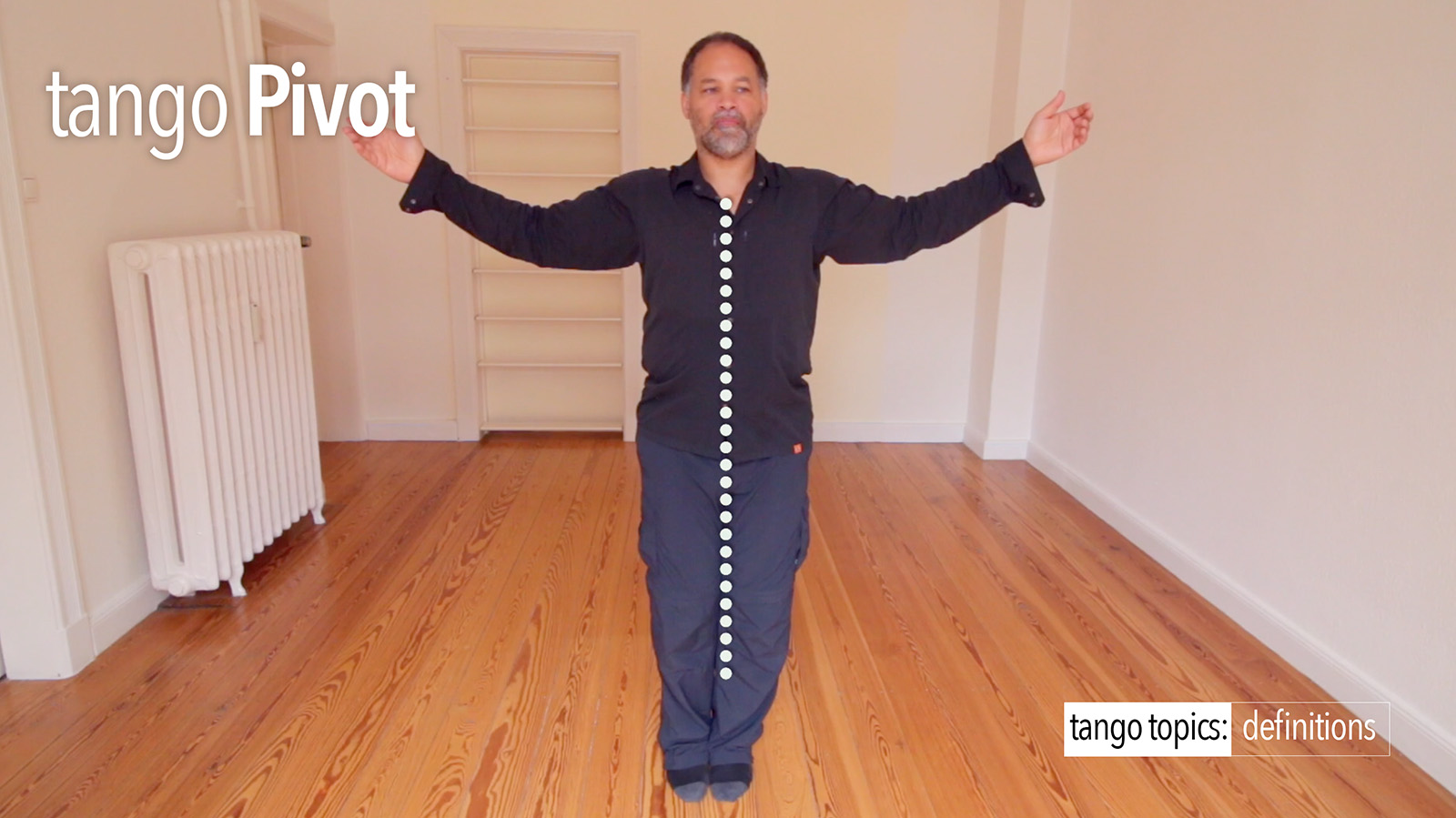 Pivot. (pron: piv-uh-t) According to Webster’s Dictionary the word ‘Pivot’ is an noun (and a verb) that means “the central point, pin, or shaft on which a mechanism turns or oscillates”. Pivot comes from the same french word ‘Pivot’.

Usage. A Pivot from a Tango Perspective is very similar to its literal dictionary cognate with a minor difference. The difference in this case is where that turn or oscillation happens. Typically when we’re talking about a Tango Pivot, we’re referring to the entire body rotating over a singular axial point. The entire body in this case is typically done as one unit, all together. Further still you will hear this language being used to describe a very specific aspect of either (Forward or Back) Traveling Ochos, Circular Ochos, or the Follower’s Molinete (to the left or the right of the lead), or infrequently a Rotating side step or a Planeo (any variation for either role).

Lead, Follow, or Both ? Both in this case. Either role can engage a ‘Pivot’. This is not a Lead/er thing, nor is it a Follower thing, it’s a Dancer thing.

The Tango Topics Opinion: A Pivot while the language is easier to say and write, the implications of the definition itself are not desirable and wholly unclear, not to mention especially when there are far more desirable ways of moving and rotating one’s body.  While the movement itself is desirable at the beginning, there is a problem with it. Actually there are 2: 1.) People tend move their bodies as though they were ‘blocks of wood’, rigid and having no flexibility. And/Or 2.) People tend towards ‘waiting’ to be moved instead of ‘moving’ themselves better known as the ‘I-Move-Me’ methodology vs. Brick Wall/Cement Boots/Feet-In-Quicksand idea. (See Disassociation, Applied Disassociation).  #SocialDance #ArgentineTango #TangoDancing