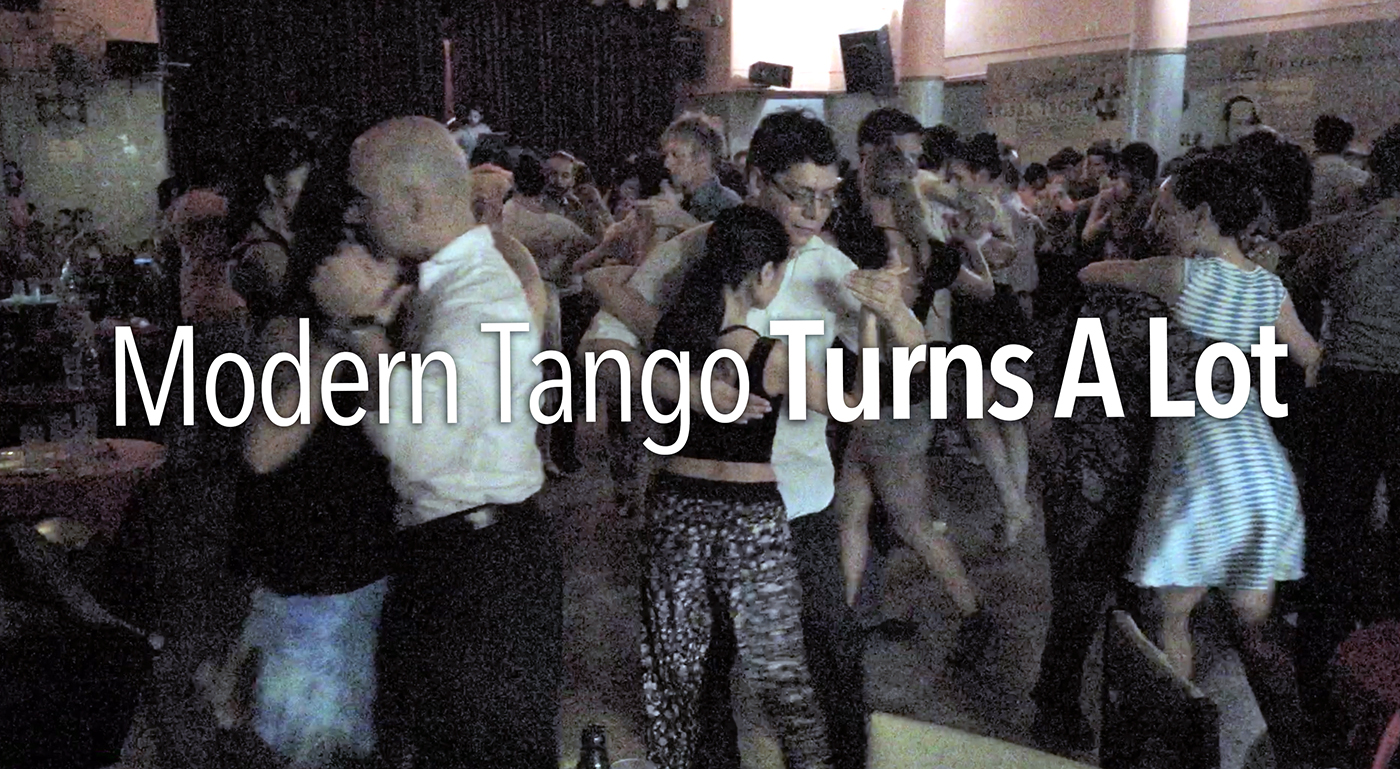 Modern Tango is a construct that up until just a few decades ago didn’t exist. For instance one ‘recent’ construct is that the idea of dancing to tango music all night long is a fantasy made up by the tango enthusiast. That wasn’t always the case. It wasn’t until the late 1960’s and early 1970’s when the idea of dancing ONLY to tango music started to change. And we still see the remnents of that today with inclusion (depending on the milonga) of Chacarera, and Argentine Zamba (not to be confused with Samba, they’re not even close to being the same things).

Another recent construct, is that the dance no longer ‘moves’ along the ronda, but rather tends to slow down and the ronda doesn’t move, as a result the inclusion (thanks to Gustavo Naveira’s RE-discovery & modification) of the Molinete as functional navigational and vocabulary tool, we now use the turn (in lots of different ways) as a way to keep the dance moving. So put simply, it’s not a stretch to say that “Modern Tango Turns A Lot!”.